Vinophila, the first virtual Expo dedicated to the world of wine 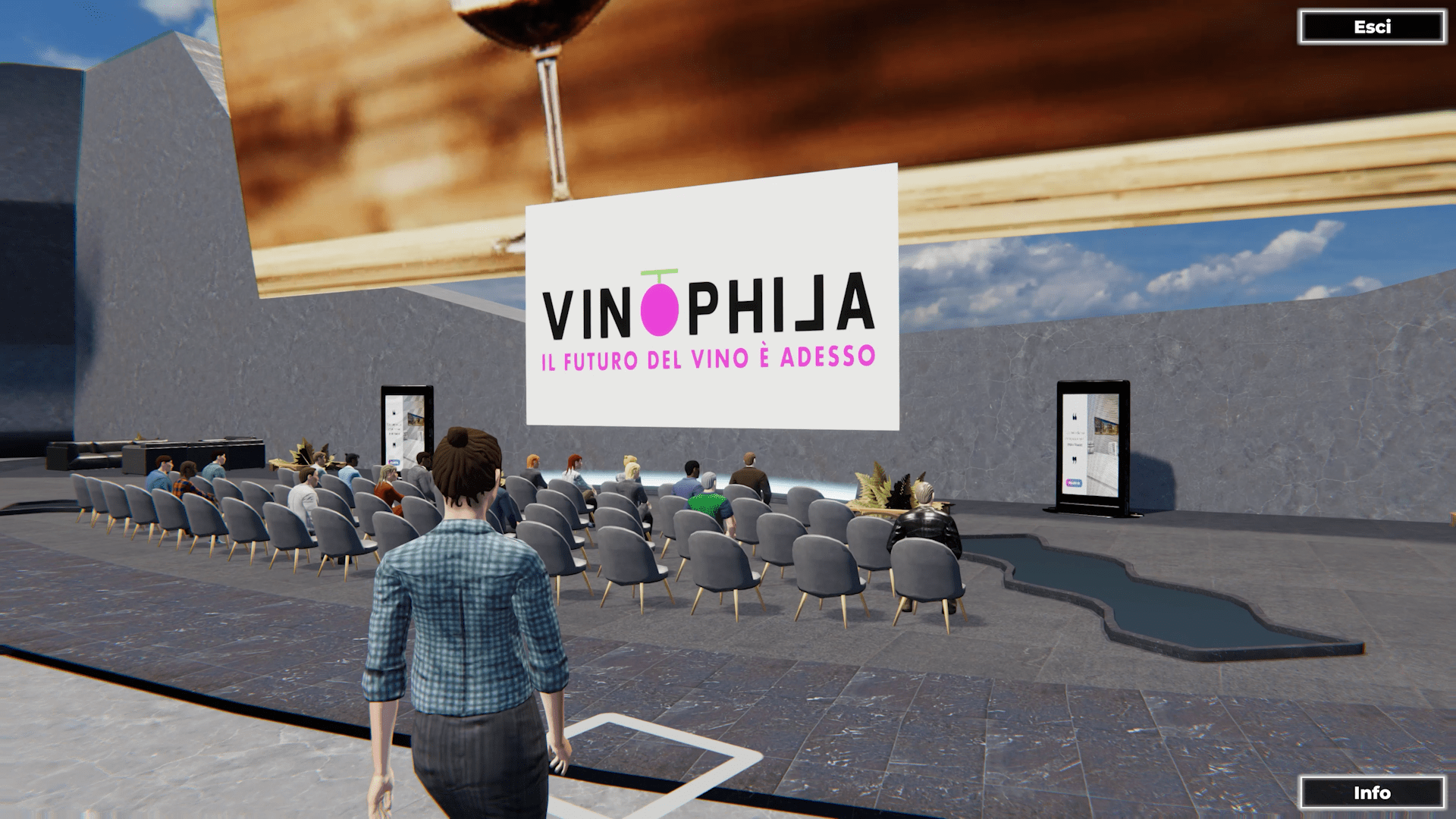 VINOPHILA - Even before the pandemic, but with more reason after, we began to transfer our lives online. This leads us to depend on it and to ask for its continuous updating and improvement, to make the internet experience as real as possible. One of the things that was missing until now was the possibility of being on the net and also being able to share a space with which to interact and be able to accomplish virtually everything we can do in real life. Mark Zuckerberg and his idea of metaverse intervened to give a solution to this and there are those who already make tests, like Vinophila, the first virtual Expo dedicated to the world of wine.

Those who follow a bit of the news about the big computer giants, or follow the science fiction world, will surely have already heard of the term "Metaverse". But let us explain what we are talking about and what is currently moving around this concept. The word consists of the prefix "meta" which means "beyond" and "universe". The metaverse’s authorship is attributed to Neal Stephenson, who uses this term in his 1992 science fiction novel Snow Crash. The novel is set in a parallel world where people can interact with each other and with the surrounding space through avatar representing themselves. Since the 1990s, the term has been used several times, especially in the video game industry such as Fortnite, but it was Mark Zuckerberg who gave a more real perspective to the virtual world.

The CEO of Facebook said he wants to give life to "an embodied internet, in which instead of just displaying content, you’re in it". The idea is to have access to a virtual place where, however, you can experience all the opportunities that arise in real life, as if we were there physically. To interact on our behalf will be an avatar, or in the most updated version, our own projection holographic. In the imagination of its modern creator the metaverse represents the "big step" of the digital revolution.

The economy of the metaverse

In the project Zuckerberg will be "a vision that includes many companies, the entire sector". All may dwell in this place, but no one shall possess it. Accessibility to interoperability will be the keywords that will guide the metaverse. Everyone can create, develop content and be present including museums, libraries, squares, gardens, shops. In order to make the experience even more immersive, Zuckerberg in 2014 purchased VR device manufacturer Oculus for $2 billion. Doing so wants to try over time to make the cost of these devices more affordable and affordable. In addition to that, the news is that Facebook is investing 5 billion a year to create all the technologies needed for this project. But for its CEO, revenues, once the metaverse is online, will not come from the sale of devices, but from the participation of as many people as possible, who will share their economy with that of the metaverse.

To be a complete metaverse must, in fact, be integrated with a functioning economy. To this aspect are pointing the top leaders of the crypto sector who want to use this tool to permanently separate traditional finance from blockchain. Participants will be able to bring with them their goods and all purchases made both inside and outside, such as apps, clothes, accessories and much more.

It is called Vinophila and is the first virtual Expo dedicated to the world of wine and agri-food: an immersive 3D platform where you can perform directly from your computer or smartphone all the activities that you normally do in a fair: visit stands; meet producers; require material or samples; to gain access to a tasting; participate in seminars and events; start trade negotiations. But all this will be possible remotely, via an Avatar, without moving from your office or the place where we are at that moment.

To launch Vinophila is a startup in Trieste, Labhornet, which involves different realities of the world of wine, led by Lorenzo Biscontin, manager and university professor, with a long international experience of agri-food excellence. To support them in this project there is Advepa Communication and its ten-year experience in the field of trade fairs and 3D immersive technology.

The words of the insiders

"Vinophila goes in the direction of the convergence between physical and digital environments in a single reality. It is the idea of metaverse that has been discussed so much recently and that in the vision of Labhornet is a logical concept before even technological" - Says Lorenzo Biscontin

"There are not only trade fairs - adds the CEO of Labhornet -: we think of the hundreds of events related to food that can bring to the territory a limited number of buyers or opinion-makers: with Vinophila these events can be relaunched in the world, on a much wider audience of commercial operators, journalists and simple fans, multiplying visibility and economic results".

A distant future but not so much

We are still far from the complete metaverse vision that Zuckerberg presented, but not as much as you might think. In the world there are many technologies that have similarities and that have already taken the road to be found ready when the metaverse will officially make its entry into the market. Among these there is Advepa Communication, and to explain it and Rossano Tiezzi, sales manager of the company:

"Advepa has always aimed to anticipate the times and offer the best services to its customers. Today the digital transformation sees the market projected towards the Metaverso: Advepa Communication is already part of it and Vinophila is an example of it".