The market value of Esports 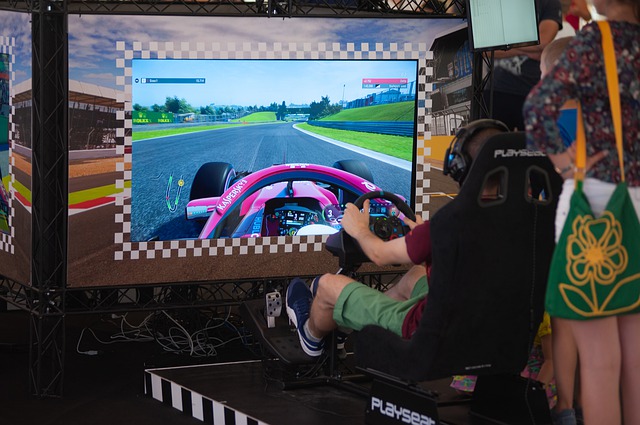 ESPORTS MARKET - In the vast world of video games Esports, Electronic Sport, have been part of the right for years. They are sports competitions that take place in digital format and can be both occasional and professional. This is a fast growing industry that can be considered a branch of the world of Gaming but that is actually giving life to a market of its own. Around the Esports were also born new professional figures very sought after and requested. The main force of this sector lies in the public to which it is mainly aimed: young people attracted by increasingly developed and cutting-edge technologies.

The Esports market offers a lot of visibility

The case messiThis summer Lionel Messi made a lot of talk about himself. The great champion led for years Barcelona to accomplish great feats, but the Spanish club today was no longer able to afford or pay the "Pulce". For this reason, with great pain, the Argentine was bought by PSG, a French club that with the 2021 football market added several stars to its rose.

Messi, however, has distinguished himself among the many other respectable purchases. The reason is found in his engagement. The player has signed a contract of about 30 million per year plus bonus. The particularity, however, is not the figure itself, but how this is shared. In fact one part will be paid in euros, another in cryptocurrencies. The Paris Saint Germain, however, did not reveal the proportion between the two coins.

The electronic sports sector is a booming market capable of offering numerous opportunities. The figures were encouraging even before the pandemic, but now they are even more so. In fact, in the last two years online sports competitions have reached exceptional numbers globally. At a time when the sport was stationary worldwide there were many official tournaments organized. One of them involved F1 drivers who could not climb in their cockpits and challenged in a virtual championship for charity.

Countries such as Italy are still lagging behind in this area, but they have also scored points worthy of note. The market values are in fact very high and forecasts suggest that they will reach even higher peaks. This hope is also fuelled by the continuous search for investors within the Esports sector. Many people turn their attention to this market, from spectators to important brands, from the media to consumers.

Within Esports there is a real professional sector that provides owners, sponsorships and cash prizes for the teams that compete. This aspect is one of the most important for the electronic games market and one that generates the most revenue. It is also the one that looks for major investors.

Some numbers from the Esports market

According to the Global Esports Market Report 2021, Esports' global revenues in 2020 were $947.1 million. By 2021, a growth of 14.5% is expected to reach a total of about 1,084 million. Of these 75% will come from sponsorship and media rights. This growth will be progressive also for the next years, so that for 2024 it is estimated that the export market will have a value of 1.6 billion dollars. The growth of the sector will in the future be driven by mobile devices that already now account for 45% of the technology used by the public.

To bring such great success to electronic sports is the live streaming component. Platforms such as Youtube, Twitch, Discord allow millions of people to share their gaming experience simultaneously and to be spectators of competitions of the highest level. To understand the essence of this phenomenon, we need to change our vision of the video game world in general. The Esport should be seen as the perfect combination of game, media, pop culture and sales. This is explained by Rick Yang, partner of NEA, a company that invests in Esports:

"I actually think of Esports as the mainstreaming of the game, or the pop culture setting of the game versus the pure idea of these players becoming professionals to compete at the highest levels."

How interests are distributed in the global market

The big voice in the Esports market is made by Asia and the Pacific countries where revenues cover more than 50% of the total. Next is North America and immediately after Europe with an estimate of 42 million dollars for 2023. The rest of the world hardly reaches 15% of total revenues, although Latin America is having a very interesting growth progression.

The great success of Esports and its move towards an increasingly professional component meant that the demand for new professionals specialized in the sector was born. We’re talking coaches, athletic trainers, reporters, lawyers, Ceos and even mental coaches.

The resonance is such that companies and sports clubs have begun to make investments. We are talking about the likes of Intel, Red Bull, Mercedes-Benz, Paris Saint Germain, Gucci, Nike. The Esports market, always at the forefront, is also opening the doors to the digital future of cryptocurrencies. In particular the interest is addressed to the NFT, not-fungible token. This type of collaboration will lead to an even higher revenue growth, thanks to the uniqueness that the NFT offer and the possibility of increasingly engaging experiences that offer spectators.

Investing now in the Esports market, especially in Italy, can seem very risky. Most scholars agree, however, on the great potential of this sector and the excellent visibility opportunities it offers to investors.