The extraordinary growth of Canva 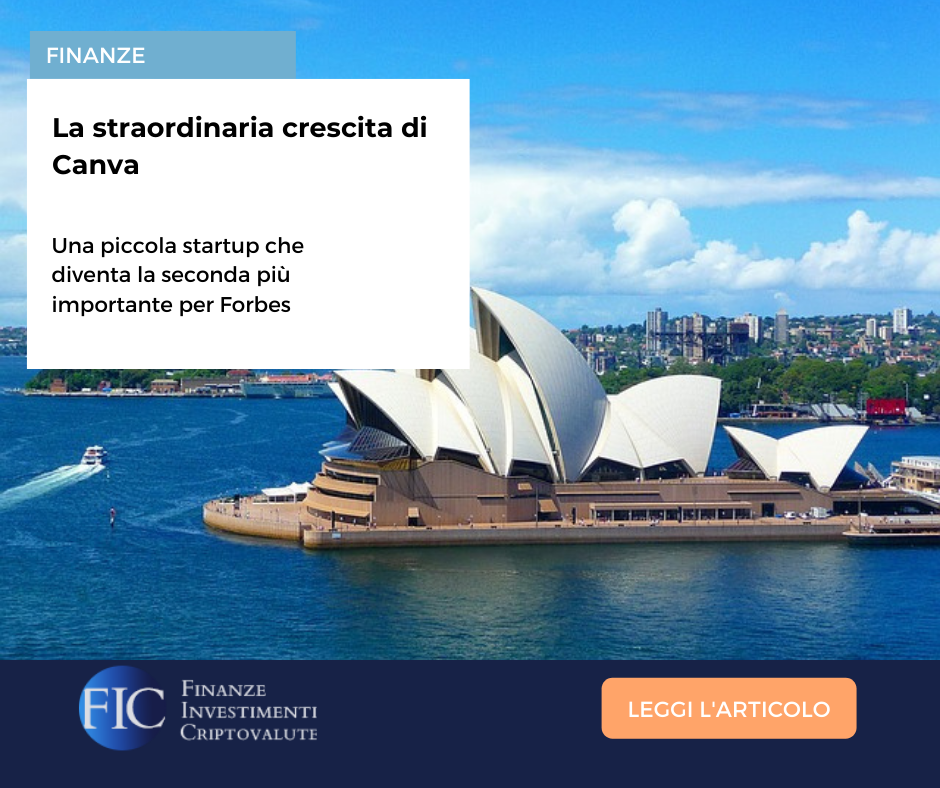 CANVA - It is often said that the best ideas for a successful startup come when you least expect it. And that’s exactly what happened to Melanie Perkins, who in life would have wanted to do anything else. The value of its startup has grown considerably over time, like the ideas that the platform has made available to private individuals and companies.

The birth of Canva

Melanie Perkins, an Australian with a dream of becoming a professional skater, started working on the Canva project in 2007. Initially his project, which he works with his boyfriend Cliff Obrecht, is designed to facilitate the realization of school yearbooks, a tradition widespread in Anglo-Saxon countries.

In 2012 alone, Perkins and Obrecht signed in Sydney with Cameron Adams, a former Google employee and founder of another startup. The three then become co-founders of Canva and only in the first year together arrive to record 750,000 users. Today, the company ranks second on Forbes' list of the top 100 companies in the cloud.

During his life were remarkable the implementations made by Canva, the last would aim to "replace the pdf". In this regard, CEO Melanie Perkins said:

"Rather than bouncing pdf with customers, designers can simply create a unique pattern, which everyone can customize. For us it is not important to excel on aspects such as vector design, because there are already incredible programs on the market".

The value of the startup

The shares of the start-up Canva are thus distributed:  Perkins and Obrecht both have 18% of the company, Adams, CPO of the start-up, 9%. Given these percentages, according to Forbes, the shares of Adams are worth about 3.2 billion, while those of Perkins and Obrecht are worth about 6.5 billion dollars. These numbers derive from the present value of the society pairs to 40 billion dollars, against the 6 billion last year. The growth is such that in a short time they will reach the billion of dollars of value.

Only in the fiscal year 2016/2017 Canva had recorded an increase of the revenues pairs to 23 million dollars, to contrast of the 3,3 million losses. The successful financing recorded today is not the first, since already in 2019 the start-up had received from General Catalyst and Bond and its current investors Blackbird Ventures and Felicis Ventures $ 70 million. At the time, however, Canva’s market value was only $2.5 million.

The increase in value was also possible thanks to the $200 million raised by a round led by T. Rowe Price. The founders, however, do not intend to keep all the money for themselves. 30% of the start-up profit is in fact donated to charity.