Less taxes, but for all: the liberal revolution in the fiscal manifesto 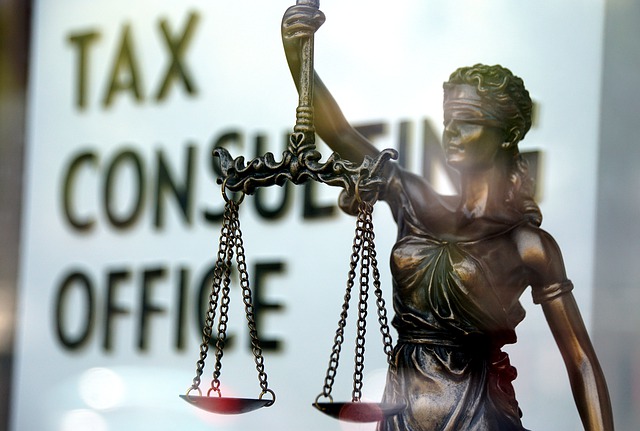 FISCAL REVOLUTION - For Italy that of fiscal and economic reforms is not only a necessity that can no longer be postponed, it is a great challenge and a knot to be solved for the future of the country. The tax revolution we are proposing should move on the dual public-private track. The public intervenes in major works, while the private enters with its entrepreneurial activities in support of the State and to carry out innovative industrial projects that create jobs and culture and redistribute wealth among citizens.

Considering the critical situation in which the country finds itself, urgent measures and exceptional choices become to definitively transform Italy into a modern nation and up to its possibilities. These reforms must not look to the immediate, to the present, but to a future development with an inclusive and productive vision (a slow reform - step by step - but constant over time, that completely changes the roots of the tax system).

The inspiring principle is that of investment, the state that does what the company alone can not do and that promotes innovation: if I attract activity in the territory with short-term tax incentives, in the long term will create an economic induced growth and wealth (not only economic but above all cultural). With such a structured plan foreign companies can also decide to settle in Italy.

The trend of other countries

In other Western countries the trend is the opposite: simple bureaucracy, fair taxation, incentives and aid to companies on the national and international market, true friendly tax, the possibility of interacting with any apparatus and level of the State without waiting decades, Clear legislation and immediacy in changing guidelines and rules according to new market situations.

But it is precisely today, when Covid has highlighted our weaknesses, that we must create the conditions to be protagonists and overcome our critical system. Companies are looking for optimal conditions to be able to invest and produce: we need incentives for those who hire, for those who bring new technology and know-how to the territory; we need a different taxation, with lower rates than the ordinary ones, for those who sell on the international market; it serves the possibility to operate also like a holding company of participation for all own branches in the world and therefore also in this case with a different treatment regarding the normal taxation of the dividends received from foreign branches.

Less tax burden. So less black, so they pay everyone, so the state collects more

An enlightened State must also simply understand why a company moves its headquarters abroad and then try to recreate in Italy those same conditions -or even better- economic-legal that the company has found abroad.

If then in Italy we really thought about lowering taxes, with a fairer tax scheme, we would help solve the problem of black and evasion and would leave more resources to private consumers to boost consumption: with lower rates, everyone pays and the state collects more!

LESS TAX BURDEN SO LESS BLACK, THEN THEY ALL PAY, THEN THE STATE COLLECTS MORE

Proposals for a tax revolution

These are the proposals for a tax revolution that frees the enterprise and generates wealth:

General tax rate at 15%; creation of the TAX RULING institute and APA, that is, the possibility of dealing with tax rates at the beginning of business for 5/10 years; rates for new business are traded, processed and decided in advance with the tax administration (As a very general example: the first year a corporate tax rate could be 2%, 3% or 4%, and then gradually growing depending on the business and/ or turnover, and/ or profits, losses, investments and market trends, etc.). In any case, research, study, scientific development and new technologies will be further rewarded. No other type of direct or indirect corporation tax will be provided for. Other incentives may be regulated in case of hiring with open-ended contracts.

General rate at 15% (to increase consumption)

Rate for income from:

Tax on planned assets on a total of assets in ownership (securities, real estate, etc.) of a value equal to or greater than 5,000,000 euros with a rate of 0.5% (excluded from this property tax and therefore from the calculation is the first house in ownership).

For all Italian companies that invest abroad total tax exemption on income received by the subsidiaries and/ or stable foreign organizations such as: dividends; interest; capital gains; royalties. Foreign investees and permanent establishments shall not be resident in tax havens. Foreign activities must cover the following sectors: industrial production, engineering, design, scientific research and development and export of Made in Italy (excluding all banking, financial and similar activities).

Possibility for foreign investors to set up financial and industrial holding companies in Italy with the following advantages and conditions. The foreign member of the SPI must not be resident in a tax haven; the income of the SPI from activities outside the Italian territory (excluding tax havens) are exempt such as dividends, interest, capital gains, royalties. The income produced by the SPI in Italy will be taxed according to the general internal rules mentioned in point 1 above. A specific rule could also be provided for foreign managers who move to Italy to work for the SPI - so that they have never been first resident in Italy - setting a rate, for example, 15% for 4 years on all the income they received as natural persons both in Italy and abroad.

With regard to the distribution of profits from the SPI to the foreign shareholder, no withholding tax will be provided regardless of the regulatory provisions of the conventions, to avoid double taxation signed. Foreign activities should cover: industrial production, design, engineering, scientific research, export (excluding all banking, financial and similar activities).

7) DEDUCTION OF ALL COSTS

Possibility for any subject to deduct all expenses and costs such as receipts, invoices, tickets etc, (For example, an employee can deduct as an expense the bill of the plumber: if I can deduct I surely ask the bill and the plumber issues it and pays VAT and taxes).

To eliminate all ongoing litigation with the possibility to close it with rates increasing from 5% to 20%, depending on the volume of the amounts contested. A professional register of tax brokers will be established: these professionals will have the function of mediating and resolving conflicts between the tax administration and the taxpayer for all tax disputes up to a maximum value of 1,000,000 euros. RELENTLESS STRUGGLE AND BORDER AGAINST THE GREAT EVADERS (mafias, money laundering) with the prediction of even more severe penalties.

The general rate on capital gains realised and related to all stock exchange transactions will be 20%.

TheDefinitive remission to return Italian capital deposited in foreign encrypted accounts and/ or tax havens, with a rate equal to 15% of the total amount condoned and returned to Italy.

Repeal, reset and eliminate any kind of assistance or state subsidy. There is also an implicit need to exponentially increase state aid to all economic operators for post-covid restart.

The funds will be allocated to the University with a focus on innovation, development and scientific research. The salaries of all university workers will be adjusted accordingly according to a meritocratic principle. Programmes will be established for foreign professors and researchers on major scientific projects to be developed in Italy (to be linked also to the SPI in point 7) in close connection with the private and business world.

Repeal of all currency restriction rules - legal on payments and cash deposits both in the Bank and in relation to all commercial transactions.

To make finally executive the Law that has created the Economic Special Zones for the ports of the South. These special zones allow you to operate with convenient tax incentives and can attract foreign investment. Ad hoc creation of a scientific committee for the realization of such plan, independent from the various harbour authorities with absolute decisional power.

Deduction as a tax in Italy of 15% on all payments made to large groups of the web by subjects resident in Italy.

At the same time as the tax reform, all penalties for tax evasion offences must be tightened up and increased.

READ ALSO --> EXPO 2030 ROME: a great opportunity to transform Rome into a modern and entrepreneurial city and no longer a building!