Olympic medal: what it’s worth 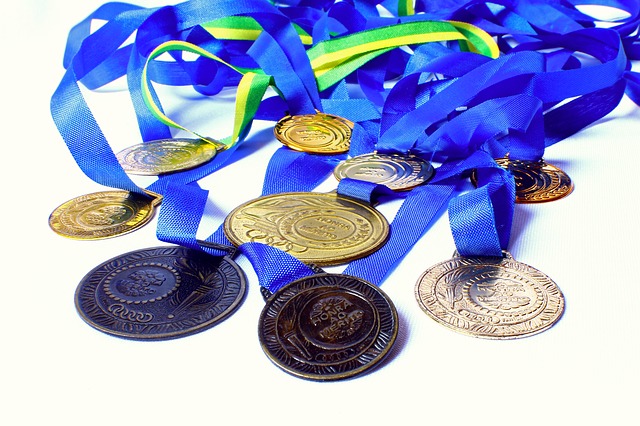 OLYMPIC MEDAL - After one more year of waiting, the Tokyo 2020 Olympic Games finally opened. Athletes from all over the world, even from the most remote lands, compete in multiple disciplines to earn the title of champions. At the end of the Summer Olympic Games, approximately 1017 medals will be awarded (not considering the possible parimerits). To win a medal means to become part of the Olympus of your sport for everyone, for others it also means to gain economic advantages. The International Olympic Committee does not provide for any monetary remuneration linked to the Olympic medal, but some national committees do. The differences between nation and nation are considerable, let’s look at them together.

Each nation attributes a different monetary value to the Olympic medal

The Olympic flame has, with a year of delay, illuminated the Tokyo stadium and the Olympic Games have finally had the official go-ahead. The athletes challenge each other in 51 different disciplines for a total of 339 events that will award as many gold medals (even a few more in case of equal merits). For each of them to climb on the highest step of the podium means to realize the dream of a life chased with sacrifices and sacrifices, with perhaps even some joys gathered along the way, but none comparable. For some of them, however, receiving a medal also means receiving a monetary reward.

A study by the National Olympic Committees revealed that a Singaporean athlete who won a medal will receive €620,627 for gold, €310,735 for silver and €154,946 for bronze. These figures are taxed and each medallion that receives them is obliged to return part of it to the national sports associations. Even the cash prizes that the Italian medalists receive are taxed and 42% even, since the figures shown are gross. The CONI also won the fourth place in the world for cash rewards with €179,367 for gold, €90,105 for silver and €59,789 for bronze.

However, not all the proceeds of a medal come from the national Olympic committees. For many athletes, especially those who practice a more famous sport, such as football, basketball and swimming, can also rely on sponsors. The latter, however, are often guaranteed by the Olympic Committees themselves, as in the case of Norway, Great Britain and Sweden, which through ad hoc associations guarantee receipts diluted over the years in the form of sponsorships, investments and financial incentives.

The figures that today the CONI promises to the Italian medalists are not the same that it gave in the four editions of previous Games. To explain why it is President Malagò himself.

"On the idea of Carlo Mornati, which I have gladly accepted, the Junta has decided that, after four Olympics in which they have remained unchanged, we will increase the prizes by 20% gross, from 50 thousand to 60 thousand euros for bronze, from 75 thousand to 90 thousand for silver, from 150 thousand to 180 thousand for gold. An act due to athletes who in this year have made many sacrifices".

The Olympic athletes, however, have made sacrifices not only during these years but throughout the road to get here. Virtually all sports at the Olympic Games are not recognized as professionals. Receiving a salary becomes so very complicated. In order to be able to support themselves by practicing sports, most Italian athletes must join a group of the armed forces or state. For example, Fiamme Oro (Polizia di Stato), Fiamme Gialle (Guardia di Finanza), but also the Army and the Air Force, to name a few, welcome them and pay them. Within these realities athletes are paid according to their degree. The starting figures can be increased either by moving up the ranks or by obtaining some important sporting awards.

In addition to the successes achieved to make the biggest difference are the sponsorship and in this case the athletes of the so-called minor disciplines, which have only the Olympics to shine and which are often those who give us the greatest joys.

No reward is greater than the realization of a dream

Winning a medal at the Olympic Games is a dream that we all have in our drawer, even those who have never practiced a sport. Every time one of our countrymen gets on the podium, especially if on the highest one, it’s a bit like we share that glory. If we sit comfortably in front of the TV we can experience this riot of emotions imagine what they can feel and how they can feel satisfied for all the sacrifices they have had to face in the course of their lives. No monetary reward, big or small, can be worth more than the satisfaction of seeing your labors paid off.