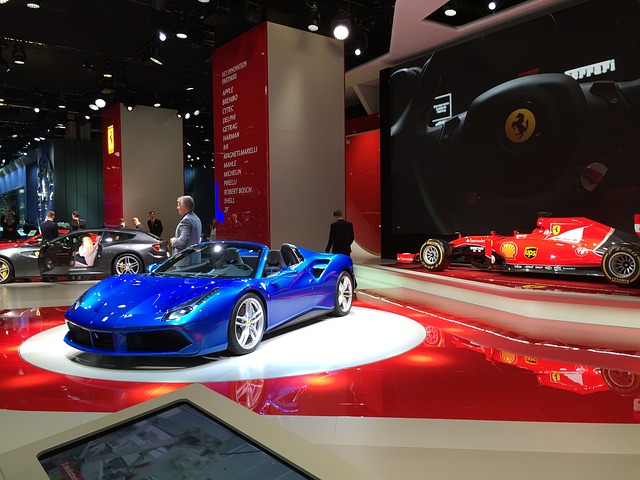 FERRARI WILLIAMS - If you say F1 think of Fangio, Lauda, Senna, Ascari, Schumacher, Hamilton and many other champions. Almost no one at first thinks of those who very often are behind the scenes and who have created the stables that provide the cars to the drivers. Two of them are Enzo Ferrari and Sir Frank Williams. What hides behind their success?

The myth of F1, drivers and its men: Ferrari and Williams

Formula 1, initials F1 is the highest category of open-wheel racing cars on the circuit defined by the International Automobile Federation (FIA). The category was born in 1948 (in place of Formula A, in its turn risen only two years earlier, in 1946), then becoming a world character in the 1950 season. Every decade has had its own quite precise appearance: in the 1950’s the front-engined cars dominated; in the 1960’s the rear-engined car, devoid of spoilers; in the 1970’s there was a great development of the aerodynamics of the Formula 1 car; The 1980s were characterized by turbo engines; the 1990s by electronics; from the 2000s onwards, by competition between major car manufacturers.

But who were the men behind the success of the "Circus"? At first glance, the names of the greatest drivers of all time come to mind: Fangio, Lauda, Senna, Ascari, Schumacher, Hamilton. Almost nobody, at first, thinks of those who have allowed drivers to become the legends that they are today: garagists. If we come to think of them then the two most resonant names are Enzo Ferrari and Sir Frank Williams, the two cornerstones of the two largest teams of all time: Ferrari and Williams. Let’s find out how out of the blue these two men have built a great empire.

Enzo Ferrari was born in 1898 in Modena. From a young age he helped his father, who wanted him to be an engineer, in the family workshop. The premature death of his father and older brother Dino forced him to take command of the family and with it he inherited all responsibility. After being forced to leave the war effort, in the First World War, he began to work in various engineering companies, starting with the famous FIAT. His future began in 1919 when he found a job at CMN, a small mechanical company in Milan, whose partner was Ugo Sivocci. Thanks to his intervention he became assistant to the testing of cars, which led him to compete in some motor racing competitions.

Two years later, in 1920, he began his official career as a driver with Alfa Romeo. Iconic is the 1923 Savio Grand Prix, which wins, and in which Ferrari himself said he received what will later become the symbol of the car manufacturer he founded. The prancing horse was given to him by Paolina Bianconi, mother of Francesco Baracca, with the promise that if he put it in his race car, it would bring him luck.

The birth of Scuderia Ferrari

After a long pause for personal problems, Enzo Ferrari was called back by Alfa Romeo to found what would later become the Scuderia Ferrari. The economic crisis in 1933 led Alfa Romeo to retire until 1937; shortly after Ferrari retired and created the Auto Avio Costruzioni (AAC) based in Modena. Due to the war, for fear of bombing, in 1943 Enzo Ferrari moved the AAC to his new factory in Maranello. After the war Ferrari created "La Scuderia Ferrari", the sports section of the car manufacturer Ferrari, which existed since 1930 but was formed under the name of 1947. On the occasion of the first Scuderia victory in F1 Ferrari will say:

«When in 1951 González on Ferrari, for the first time in the history of our direct comparisons, left behind the "159" and the entire Alfa team, I cried with joy, but I mixed with the tears of enthusiasm even tears of pain, because that day I thought: "I killed my mother".»

Since 1950 Ferrari has never missed a single F1 Grand Prix. A famous phrase reads: "the drivers pass but the Ferrari remains". Indeed " Enzo Ferrari founded the Ferrari, but this returned him fame and immortality.

Frank Williams: from a telephone booth to boxes all over the world

On 28 November 2021 Sir Frank Williams left us, the one who together with Enzo Ferrari helped to raise the name from F1. His arrival in the highest category begins as a pilot, but unlike the Italian entrepreneur, his driving skills are not excellent and will leave very soon. His passion, however, is such that he can not stay away for a long time and begins a career on the other side of the circuit. For a few years he limited himself to being a mechanic for other car manufacturers until in 1966 he founded his team: Williams Racing Cars.

Before arriving in the top category, he appeared in Formula 2 and Formula 3. The first race in F1 was in 1969 with a car built with an old chassis bought from the Brabham model. The first car completely built by the Williams team was in 1972, but was destroyed at the opening race by the driver Pescarolo. The special thing about that period was that the stable was administered by Williams from a telephone booth. The economic situation was so disastrous that it could not pay the electricity bills, which was then disconnected. The situation improves when he gets sponsorship from Marlboro and Iso Rivolta.

It was the failure of the ISO and the consequences that led Frank to leave the stable and buy, together with the engineer Patrick Head, a carpet shop in Didcot. It will be in those funds that will be born, in 1977 the Williams Grand Prix Engineering, the current Williams Racing.

All the successes that have characterized the team since 1977 to date we all know them well. They were the fruit of the passion, dedication and commitment of a man who from the races had joys and sorrows. It was a very reckless ride in a road car that forced him to drive for the rest of his life, even if it was the wheels of a wheelchair. Despite this, he never left the paddock, and it was his presence and his strength that made the necessary contribution to the success of Williams Racing.

Yes to funding for the Imola Grand Prix until 2025