EXPO 2030 ROME: a great opportunity to transform Rome into a modern and entrepreneurial city and no longer a building! 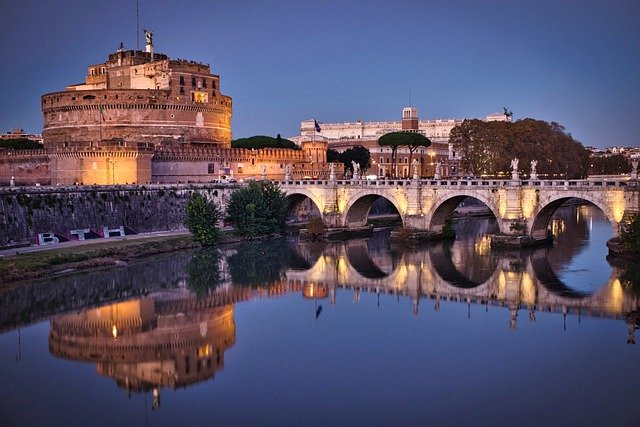 The focus of this tax reform is the double track of public and private; the public redevelops the suburbs (schools, transport, green, meeting places, etc.) the private sector enters with its entrepreneurial activities in support of the public but also to carry out innovative industrial projects that create jobs, help culture and redistribute wealth among residents. Localize, therefore, in the suburbs places and spaces for businesses, for start-ups, for technology centers, for university research and for training! We Incentivize, Attract, and Build.

Rome Capital can (or must) ask the central government more autonomy management (then also legislative) to revive the economy of the city.

Considering the critical and tragic situation in which the Capitoline administration finds itself, extraordinary measures and extraordinary reforms are required to transform Rome also and above all into a modern and entrepreneurial city (beginning to eliminate his image Palazzinara that condemns us for decades).

These reforms must look not to tomorrow but to a development of decades to the future with a modern, inclusive and productive vision. EXPO 2030 can be the starting point.

The inspiring principle is that of investment: if I attract activity on the territory with fiscal incentives in the short term, in the long term I create an economic induced growth and wealth (not only economic but above all cultural).

With such a structured plan foreign companies can also decide to settle in Rome.

The management and implementation of these reforms will have to be managed by a technical department (scientific committee) with a large autonomous decision-making power. This would be formed by professionals also able (and therefore with powers ) to streamline all the bureaucracy. For example, a single office for companies that settle in Rome).

The fiscal proposals for this new resurgence of Rome could be (alternatively or together):

The rates for new assets are negotiated, processed and decided in advance with the tax administration (as a very general example. The first year a corporate tax rate could be 2% (or 3 or 4 …) and then gradually growing according to the business e-o billed e-o profits, losses, investments and market trends etc etc). In any case, research, study, scientific development and new technologies will be further rewarded.

For all Italian companies that establish themselves in the territories of Roma Capitale and that invest abroad total tax exemption on the income received from the investee e-or stable foreign organizations such as:

Foreign investees and permanent establishments shall not be resident in tax havens. The foreign activities will be: industrial production, engineering, design, research and scientific development and export of Made in Italy (excluding all banking, financial and similar activities).

Possibility for foreign investors to set up financial and industrial holding companies in Rome with the following advantages and conditions:

- SPI’s income from activities outside Italy (excluding tax havens ) is exempted as follows:

Income produced by the SPI in Rome (therefore in Italy ) will be taxed according to the general internal rules mentioned in point 1 above). There could also be a specific rule for foreign managers who move to Italy to work for the SPI - so they have never been resident in Italy before - which sets a fixed rate, for example, 15% for 4 years on all the income they received as natural persons both in Italy (Rome) and abroad).

With regard to the distribution of profits from the SPI to the foreign shareholder, no withholding tax will be provided regardless of the regulatory provisions of the conventions to avoid double taxation signed. The foreign activities will be: industrial production, design, engineering, scientific research and export. (excluding all banking, financial and similar activities)

These special zones allow you to operate with convenient tax incentives and therefore can also attract foreign investment.

The ZES (Special Economic Zone) is in fact a "weapon" in order to be able to entice enterprises to invest in a territory offering fiscal incentives, bureaucratic facilitations and in order to attenuate the cost of the job. To all this must be added the proximity and availability of an efficient and effective infrastructure system located in the immediate vicinity, usually an airport, a port, with railways and roads easily accessible.

In various Countries of the world the ZES are used from years, some have even almost "institutionalized" such instrument, extending it to great part of the national territory.

With Law L.12 August 2017 n.123 is introduced in Italy for all the ports of the South. But once the law has been made little has been done (indeed I would say nothing) to stimulate and stimulate the creation and the birth of these Zones that could attract a lot of national and international investments (apart from the issue of tax savings for businesses we think only the position of Italy in the Mediterranean ). Rome Capital could ask for the extension of this law also to all the peripheral territories and neighborhoods to be redeveloped, serving therefore the various ports and interposing you of the Lazio.

Rome can and must succeed!

Let’s imagine presenting all these projects in 2030: a dream? Maybe but many times dreams become reality just wanting it!

READ ALSO --> Risk management: what it is and why to apply it