Energy self-sufficiency and eco-sustainability: a near future? 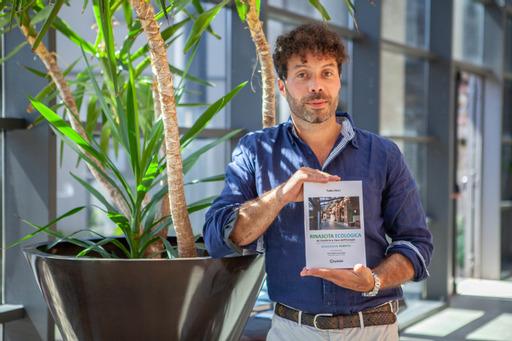 ENERGY SELF-SUFFICIENCY ECO-SUSTAINABILITY - Achieve a structure totally self-sufficient in energy, able to remain active and independent respecting all the principles of eco-sustainability: a possibility concretely feasible and really advantageous?

We talk about it with Fabio Mori, jurist from Arezzo thirty-five years old, creator and Director since 2016 of the project Casa dell'energia - Urban Center in Arezzo, a recently recovered structure in the heart of the medieval Tuscan city and has become a multifunctional center able to host and organize events, conferences, art exhibitions and offer social aggregation and sharing spaces.

The House of Energy: achieving energy self-sufficiency and greater sustainability

Built on the foundations of an ancient bastion guarding the fourteenth-century walls that still form the framework of the structure, which later became the site of a historic city foundry at the end of 800, the foundry Bastanzetti. The building has been redeveloped with the aim of becoming an example of sustainable architecture and aimed at energy autonomy, through the use of solar energy.

A splendid example of a combination of technology, history and industrial archaeology: from a highly energy-intensive metallurgical factory to a building powered by renewable energy, where the careful technological restructuring project focused on the optimization of consumption at the plant level has allowed the realization of a stable that tends to zero environmental impact (zero impact).

Through the installation of photovoltaic panels, thermal insulating glass, ventilated roof and radiant floor, with the aid of a heat pump that exploits the thermal gap to produce energy, both the consumption of non-renewable energies and the emissions of polluting components are kept at very low impact.

"The philosophy behind this project - Mori explains - is basically to create the basis for setting up a new way of thinking about work and life in general."

Constructively using the infinite possibilities of progress and technology as the most effective weapons to guard and protect the surrounding environment and finding in contact with nature and in the protection of the territory a renewed sense of life and relationships human.

These are undeniably the objectives of a project like this. The benefits are enormous for the environment and for the healthiness of life of future generations; finding a new model of life that is more equitable and sustainable is the great challenge of this millennium and certainly the most important challenge to overcome.

It is not by chance that the green economy is seen unilaterally as the only possibility to improve human well-being, reduce environmental damage before it becomes irreversible and restore through a common path, greater social equity.

"It is obvious - continues Fabio Mori - that behind achievements of this nature there are to be expected important investments, with visible benefits in the long run."

The initial costs must be supported by substantial capital, this is currently the only disadvantage that I personally see in the design and implementation of environmentally friendly environments.

But it is also true that more and more attention is given to the so-called "ecological transition" and the economic contributions and funding of States are multiplied to support a new Green vision, both of the world of industry and of daily life. On the other hand, apart from the most powerful economic interests, this is the only way to leave to future generations the possibility of a still livable world.

An example to be made known and disseminated

An idea, a project so dear to Mori to be the subject of his next book, thought and matured during the long months of the lockdown.

"Ecological Rebirth "which will be presented next July 15 in the conference room of the Casa dell’Energia, born from the desire to tell not only a work experience, but to send a positive message to rediscover in respect of the environment and in the quality of relationships the real goal for the future.

In the pages of the book is illustrated the history of the structure and its eco-sustainable rebirth explained in technical details, but above all it is shown how an old industrial center has become a museum of energy efficiency at the urban level, not only as an example of a reconversion of working environments but as a guide to a new ecological approach to living habits and the maintenance of one’s own homes.

The great renewal that we absolutely need, Mori concludes, must start at an industrial level, but then arrive in homes and in the daily habits of people; In this way it will really be possible to reverse the trend towards a new paradigm and a better quality of life for us and for future generations who will inherit the Earth.