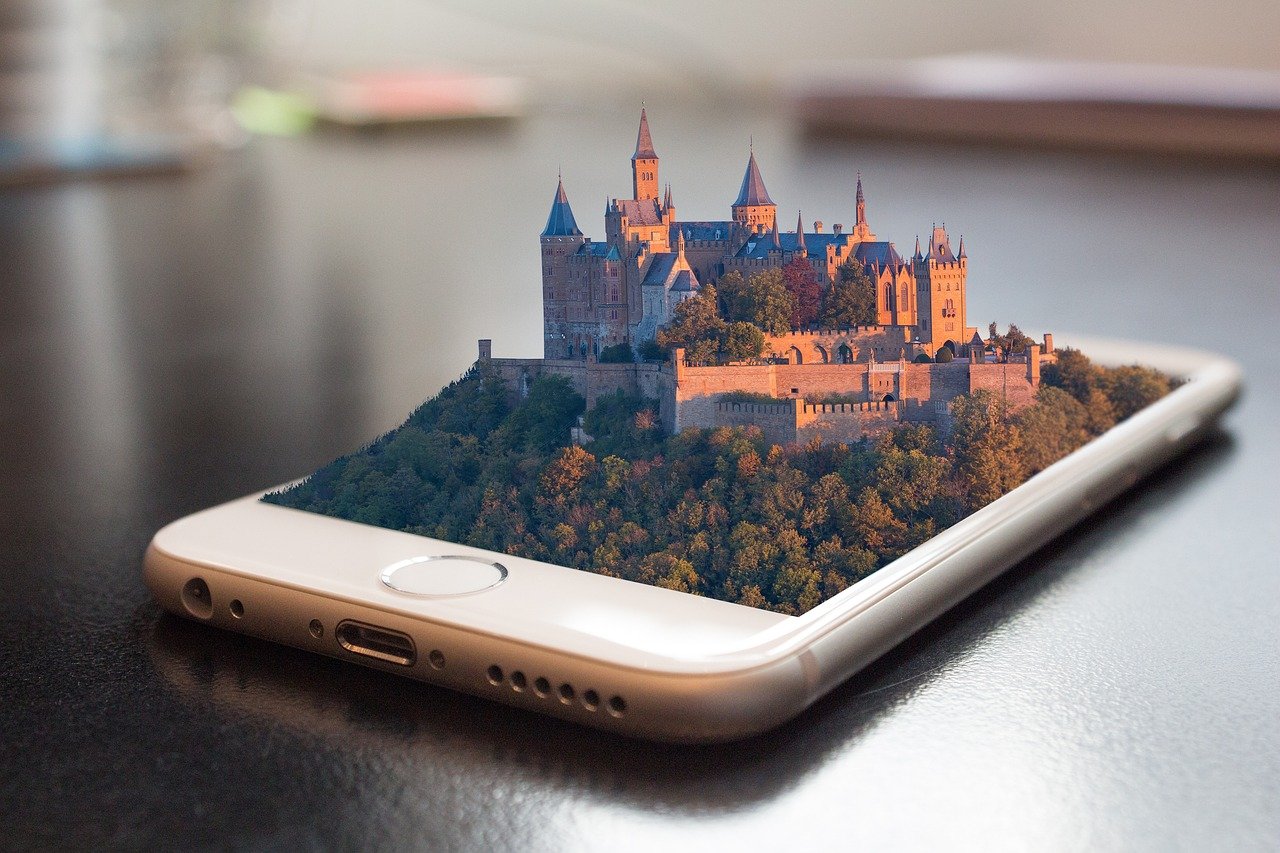 AUGMENTED REALITY VIRTUAL REALITY - In the last decades, technology has increased and exponentially grew in all respects. It concerns numerous sectors, like manufacturing industry, healthcare industry, even education. New tools and techniques like Al, Machine Learning, Data Science have revolutionized technology in terms of data comprehension. With Oliver Camponovo, financial analyst, we will explore the world of augmented and virtual reality.

Virtualization technologies grew significantly with the passing of time. Going from virtual reality boxes to videogames, until the great boom in the sector when big companies started to adapt to such technology. The first innovative product we have seen is a mobile game called Pokémon GO. The game was based on augmented reality in which users had to look for Pokémons in the real world. They could be found in your bedroom, in the street, in the workplace, even in your bathroom. The game attracted many people around the world since it was a new idea, and not many people knew about augmented and virtual reality.

A great amount of innovation is put into the development of augmented and virtual reality. The aim is to make them more mature so that they can be used as daily drivers. Furthermore, it is hoped that they will become a key for high ROMs for companies, also keeping in mind data privacy, and facing those problems to obtain potential customers confidentially. But let’s analyse them more specifically.

Virtual reality can be defined as a 3D environment simulating another dimension or a different world from the real one, and brings such an enthralling experience that you believe what you see.

After many years of research and progress, it entered the sector and it was widely used in the games sector. The concept behind virtual reality is that the user experiencing it has its own place in the virtual world. If we make an example of a game, a user playing in a virtual reality environment turns into, or simulates, the character he controls through his joystick. Thanks to the improved graphic and 360 degrees views, he simulates it with the reality of a being.

Still today people discuss earlier technologies part of the virtual reality paradigm. Unfortunately though, they cannot be categorized as a part of that reality’s paradigm. Technologies such as Televisore, LED, 4K, 3D and others are thought to be an earlier version of virtual reality that is not right. The concept behind virtual reality is clear. A VR gear or a device supporting augmented reality has its unique features that you usually do not find in a TV supporting 4K or 3D technology.

In augmented reality we can increase something for the real environment through a camera or any device that supports that technology. It is rapidly becoming one of the more important technological developments of the moment. Augmented reality industry is growing to an incredible rhythm whilst smartphones and other compatible devices become broadly available throughout the world. Things and activities like trees moving in the jungle, kids playing in a park and people walking are all examples of how AR allows us to see the world of real life right in front of us through augmented digital reality.

The applications of augmented reality

When the use of augmented reality grows in popularity, it becomes a powerful tool that brands from various sectors can use to improve their relationship with customers, and therefore improve their customer service and products. Augmented reality is widely available and it is currently used in a variety of applications, from education, to entertainment, games and marketing.

No doubts augmented reality is a fascinating and useful technology. The most exciting aspect of augmented reality is its ability to improve the overall customers’ satisfaction. Even though they are confined to their homes, augmented reality helps them to inspect and choose their dreams objects. For instance, there are furniture shops that offer this functionality on their websites, for the customer to see how a table or sofa would look like placed somewhere.  Even apps like Snapchat, parked-car localization apps, several shopping apps use it, for example by offering the possibility to try clothes from your sofa. Despite this wide use, there is still room for improvement.

What is the difference between the two of them?

Since they both focus on computational phenomena, the two realities are examples of how technology can alter the way you see and experience the physical world. For a non-technical individual the two words can be mistaken. Sometimes we mistake augmented reality for virtual reality. It is essential to understand the difference between them.

Virtual reality, as the name says, is the use of computer technology, modeling and simulation in order for us to be able to interact with 3D artificial graphics or with different worlds similar to reality.

It is different from other user interfaces since the user is immersed in the experience. When you will use a head-mounted display (HMD) or any VR headphone, you will feel like moving surrounded by realistic objects, in reality virtual on the display, and your brain will believe that.

It is not the same as looking at a display in front of you; instead, with virtual reality you will be immersed and it will allow you to feel the 3D world surrounding you. Stimulating as many senses as it can, like vision, touch, hearing, even smell, computer technology is transformed and serves as a guardian in this virtual world.

Since phenomena are very expensive and need powerful computing, the availability of content and the computing power at low prices are an obstacle for getting close to real virtual reality experiences. Games and entertainment companies have been the first to experiment virtual reality. Virtual reality technologies are now used by several organizations and sectors, including the army, engineering, construction, healthcare assistance, industry and many others.